At least, that’s what they’d have you believe. If you’ve seen the Amazon documentary, The Test, head coach and former Test opener Justin Langer places great emphasis on his side being ‘great blokes’. Of course, they’re not. They’re Australian cricketers. They’re c***s. But would we have it any other way? Would they? The concept of a polite, refined Australian cricket team is preposterous to the game of cricket, at least in my lifetime. It’s all part of the charm and challenge of playing them.

Tim Paine was appointed as Australia captain out of desperation and because he’s a ‘great bloke’. The façade, however, is slipping.

The Sandpapergate fiasco was largely a mess made from Australian cricket’s moral quandary. They see themselves as moral arbiters of the game, drawing their invisible line, which is absolutely not to be crossed, wherever they see fit (basically, anywhere that keeps them on the right side of it). The introduction of sandpaper to the cricket field was definitely beyond this mythical line, therefore the reaction had to be severe. If you harp on about the line that must not be crossed, any certain indiscretions must be dealt with harshly but fairly.

Steve Smith and David Warner were both banned from cricket for a year by Cricket Australia.

Australian cricket is still very touchy about that incident and is desperate to be seen in a more positive light. It’s still on the naughty step in the same way Germany is in Europe; there’s a reticence to see it emerge as the predominant superpower because, you know, of events in the past 100 years. It’ll probably be okay, but can we risk another incident like that?

Watching the TV coverage, you can hear the commentators squirming around this issue, too. Everyone is at pains to avoid saying that, really, Tim Paine isn’t that good and Australia would probably be better served picking a different wicket keeper. And a different captain. Just someone else.

Now, I will put forward my own view on Paine the cricketer: I think he’s an excellent wicket keeper. I was confused that his international career seemingly ended in 2010, especially after two promising Tests in Mohali and Bengaluru. I was delighted to see him add to his four Test caps in 2017 but it was difficult to conclude anything other than that he’d been over promoted to the Test captaincy in 2018 following That Incident. 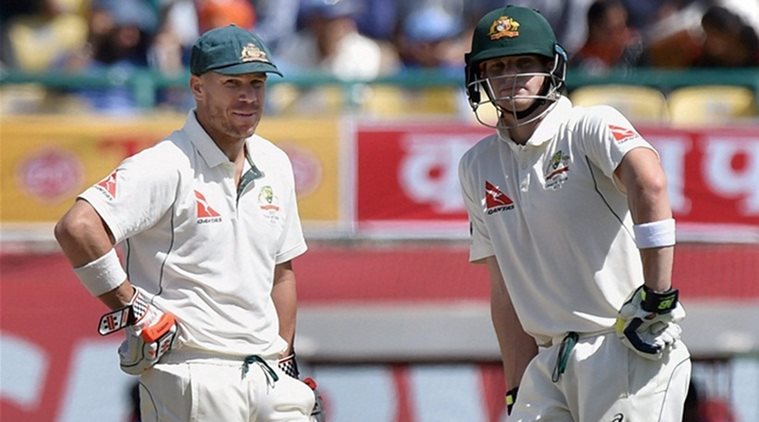 Warner (L) and Smith are the most obvious candidates to replace Paine as captain which is a big problem for Cricket Australia. They’ll have to appoint another ‘great bloke’ instead.

Still, he seemed an affable chap and even if his appointment was based on desperation and PR, good luck to him. These have been strange times in Australian cricket and even if he’s a patsy, sitting there until the next man can be appointed, he’s taken up the challenge with vim and vigour.

Until now. The third Test against India at the SCG proved that, no matter how you present him, Tim Paine is still an Australian cricketer (see opening paragraph). Swearing at umpires? Check. Personal sledging? Check. Doing nothing to temper the aggression of his players? Check.

So, is Australian cricket back to what we know (and secretly love)? It’s difficult to like a team featuring Warner and Matthew Wade and even Smith seems hell bent on portraying himself in a questionable light. The chirping and aggression are back, the feathers are bristling in the peacock suit of Australian cricket.

What next? Paine is a patsy, keeping the seat warm. He’s 36, his captaincy has become questionable, he always “needs runs” and now he’s dropping catches. Did I mention he’s 36? The clock is ticking.

Will Cricket Australia appoint another ‘great bloke’ as captain? Looking around that side, they’re in short supply, although they always have been. Give it back to Smith? Him and Warner are the standout candidates, with Warner showing year after year that he’s got the mettle in the IPL. That feels a bit like going back to the Third Reich, though, to stretch an analogy from earlier.

Australia need Paine to succeed, but he finds himself caught in the crosshairs of Australian cricket’s moral quandary. He needs to be nice, but it’s just not in his DNA. He wants to set himself free and be a c**t. The only viable alternative is Pat Cummins, the vice-captain.

A bowler as captain? The Sandpapergate hangover lingers on. At least Cummins seems like a great bloke.

3 comments on “The Aussies are great blokes!”