Adil Rashid and Andrew Gale held clear-the-air talks this week in a bid to resolve the 30-year-old’s future after a bitter war of words. His relationship with Yorkshire looked doomed after the county reacted with fury at his decision to accept a call-up for England’s Test series against India. It made him ineligible for the rest of Yorkshire’s T20 Blast campaign, despite him shelving first-class cricket for a white-ball only deal as recently as February. It is a messy saga, and one that the Yorkshire hierarchy is keen to resolve, but there is a wider issue concerning County Cricket here. 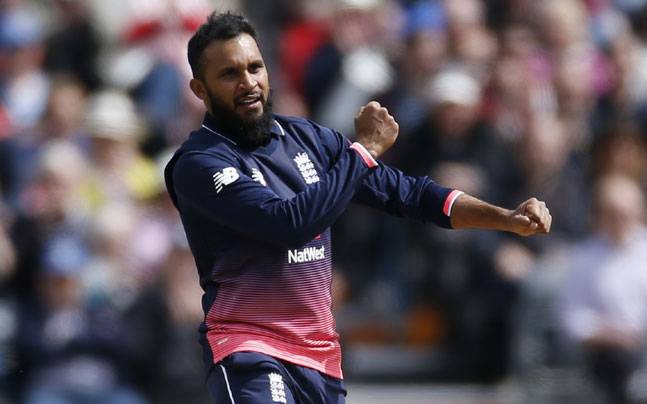 Adil Rashid’s performances in England’s ODI side put him in contention for a recall, but what message does his selection send out?

The likes of Dom Bess, Jack Leach and Liam Dawson are slogging it out in the County Championship on a weekly basis, showing their dedication to the format. Bess was on fire in the Pakistan series, while Leach is in fine form, but they were both overlooked in favour of a player who has turned his back on Test cricket. In February, Rashid took the decision to play only white-ball cricket for Yorkshire during the 2018 season. He signed a deal that only covered limited-overs cricket, despite Yorkshire trying to convince him to play first-class cricket too.

“He explained he wanted to concentrate on becoming the best white-ball cricketer he could possibly be,” said Yorkshire director of cricket Martyn Moxon at the time. “From my point of view it’s disappointing because I think Adil has got the ability to play in all three formats, not only at county level, but also at international level.” The last thing Moxon, Gale and co would have expected was for a man so devoted to white-ball cricket to swerve their T20 blast matches in order to play red-ball cricket for England.

Availability is becoming a huge problem for county teams and it shows just how difficult it is for them to make plans. The selectors’ decision smacks of disrespect to County Cricket and sets a dangerous precedent. It also suggests to county stars that the selectors will ignore you, regardless of how well you perform. Leach takes first-class wickets at a far better average than Rashid and he is three years younger, but he finds the door closed to him. “I think this has been a real stab in the chest to county players that are out there busting a gut, playing the formats, getting on those buses up and down the country for someone who has not been bothering to play four-day cricket,” said former England captain Michael Vaughan.

Vaughan, who played with Rashid at Yorkshire before retiring, felt Rashid should have played for Yorkshire in the Roses match before the England game in order to prepare for the India series. Rashid, however, declined and said he has no interest in playing first-class cricket for Yorkshire this year. “If someone is not playing four-day cricket in our schooling ground to prepare Test match cricketers, I don’t think you should be able to play in a Test match,” said Vaughan. Rashid branded his comments “stupid”, earning a rebuke from Geoffrey Boycott, who called the leg spinner “a spoiled brat” and said his recall to England’s Test set up is “absurd”.

Yet others leapt to his defence. Some praised Ed Smith for selecting the best team available to him, Ian Botham advised everyone to “cut the bull”, Joe Root claimed the criticism has been slightly unfair and Alex Hales – another man to turn his back on red-ball cricket – praised Rashid for withstanding intense pressure. He was used sparingly in the first Test and played reasonably well in taking a few wickets as England secured victory. But he was a mere spectator in the second Test. He was not called upon to bowl, and England declared before he could come on with the bat, while they did not require a second innings as they secured an emphatic win.

England are soaring without him and the sports spread betting shows how much they are dominating India in this series, but the lines also show that Yorkshire are struggling to seize glory. While Rashid was busy doing absolutely nothing for England this week, Yorkshire played two T20 Blast games. They lost both. They could also have done with him in the Roses match, which ended in defeat after they were forced to draft in an emergency spinner on loan.

It is easy to make Rashid a scapegoat, but it is not really his fault. He took a white-ball only contract as a World Cup is looming and he wants to focus on the shorter form. He is now ranked inside the world’s top 10 ODI bowlers, but he could not refuse England when his country came calling. But it does amount to the England selectors delivering a bit of a slap in the face to the county game. The England Cricket Board showed disregard for County Cricket, deprived Yorkshire of a key man at a crucial time in their T20 campaign, valued ODI form over County Championship performances and then sat back while Rashid took all the blame. It may prove to have been the right decision for England, but it has left county clubs feeling like doormats and that is a sad state of affairs because it diminishes the chances of the competition growing in stature.

4 comments on “Is Adil Rashid’s England selection a slap in the face for County Cricket?”