Following England’s capitulation against Pakistan at Lord’s in the first Test I’d really wanted to steer clear of writing about England’s woes and write something positive about Pakistan’s incredibly impressive performance. I tried. 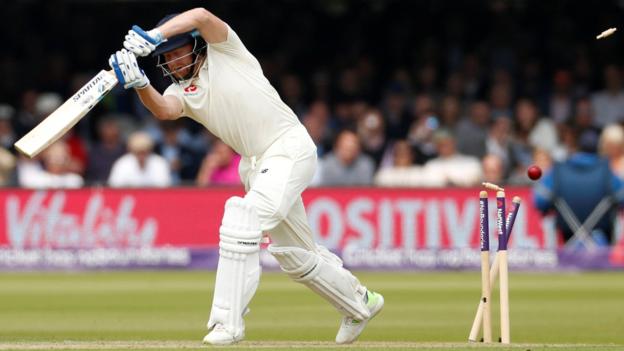 I wanted to describe just how good they’ve been over the last few days under Sarfraz Ahmed and Mickey Arthur’s leadership. How well they batted and how good the respective Mohammad’s are in Abbas and Amir. Instead I got about a paragraph and half in before my utter contempt for this England side reared its head and it became increasingly difficult to write with the enthusiasm that they really deserve.

I was at Lord’s on Saturday and had the pleasure to witness first hand England losing 4-19 and the worst part of the whole thing was that I just knew it would happen; it was just a question of when. As the pressure intensified with every wicket so England’s resolve and grit seemingly just vanished before our eyes. It took the ‘returning debutant’ Jos Buttler and 20-year old Dom Bess to steady the ship and prevent England losing by an innings, in May, at home, in the first Test match of the summer following five defeats in seven games over the winter.

The confused performance featured not one, or even two, but three batting collapses. They lost 5-16 in the first innings and then contrived to lose 4-19 on Saturday followed up with 4-6 on Sunday morning. The greats Jimmy Anderson and Stuart Broad bowled about a metre too short all day on Friday after being shown how to be effective on this track by a young and inexperienced Pakistan attack. The captain was fielding at short leg after instructing Mark Wood to try and bounce them out. Cook dropped more catches at first slip. England lost by nine wickets and to be honest, it probably flattered them.

They now roll onto Headingley and have dispensed with the services of the poor Mark Stoneman who looked a man bereft of any confidence or assuredness in his nightmare knock of nine on Saturday afternoon. The return of Keaton Jennings will surely now transform all the deficiencies of this side overnight. Simple. All those gaping holes in the current side illustrated rather beautifully in the same game will be corrected by one change? And it’s these people, making all these decisions that are managing to get everything so wrong and which fundamentally is now resulting in the decline of red ball cricket in this country.

There simply isn’t enough time to get into everything that the ECB are getting wrong. The whole outlook of English cricket is geared to next summer’s World Cup and ensuring that England win a world title that has thus far eluded them. However, despite everything else going on with the ECB these players cannot blame their individually poor performances on Tom Harrison and Andrew Strauss’ shortcomings as administrators.

These collapses have been happening too frequently now for any of the top order to be assured of their places. Making the odd change here and there (generally Alastair Cook’s opening partner and number three) has not worked and bringing someone like Joe Clarke or Olly Pope into the side at this time just seems like an act of cruelty. The potential for sweeping changes to the batting line up is something that now needs to be considered because most them have been in a side that has collapsed 13 times in the last 18 months.

Cook is seemingly fighting for redemption in every innings now after his admittedly lean run (two double hundreds aside) but he looked the part in the first innings and is the only batsman England have who can occupy the crease for long periods of time. Joe Root is averaging over 50 and seemingly doesn’t have any technical flaws but the consistency with which he gets to 50 and gets out is now extremely concerning. When the great players get a start they kick on and make match wining contributions and he simply isn’t doing this. 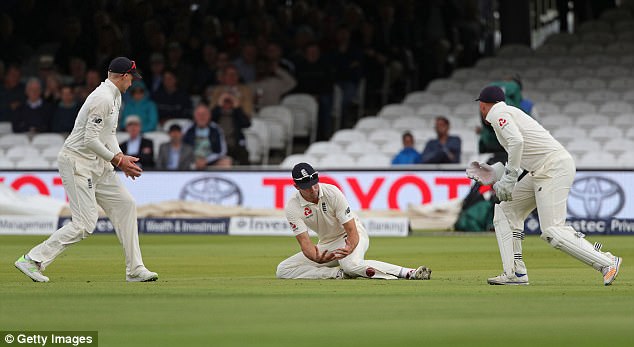 Alastair Cook shells yet another catch. England’s poor fielding is symptomatic and indicative of their poor performances

Dawid Malan did extremely well during the winter on relatively flat surfaces but is now struggling to make an impact on pitches that help the bowlers. His deepness in the crease indicates a lack of momentum to get onto the front foot which you must do in seaming conditions. His Middlesex team mate Nick Compton even said that he didn’t want him to go up the order because he felt his technique wasn’t good enough. Perhaps he might be of value in Australia or South Africa in the future, but Headingley should be his last Test for a while.

Ben Stokes had a poor IPL and his dismissal in the second innings was as feeble as I’ve seen from an English batsman in many years. The ability is unquestionably there but it’s extracting it on a regular basis that has been the problem for the current management group. There was a hope that playing under Root’s leadership might have taken him on a level but as yet we haven’t seen it.

They also need to finally decide about what they want from Jonny Bairstow. His dismissals at Lord’s were horrendous to watch. Following his success batting at seven and opening in ODI cricket, where he’s been given the freedom to play aggressively, he seems to have lost the ability to build an innings rather than just biffing everything. His bottom hand, it’s fair to say, has completely taken over his batting. Both balls were superb I’ll add, but this on-the-up driving he seems to have picked up recently is not the most effective in England at this time of year. The Times today describes his second ball, second innings dismissal as ‘Good length, jagged back through the gate’. Well if he’d defended it rather than trying to knock the lacquer of the ball then that gate would’ve been firmly shut.

His keeping has improved beyond all recognition, but England also seem to have an issue in the slips where Cook seems to be dropping far more than he catches. It is time for a genuine keeper to come into the side and its also time that the decision wasn’t up to Jonny. He’s been brilliant and has done far more than anyone expected but the need now is for him to make big runs for the team and start scoring the kind of totals that win games. Ben Foakes is a superb keeper and a more than capable batsman. Freeing up Bairstow to go in at first slip (he’s an excellent fielder) could also potentially solve another huge issue.

The spin department remains an issue but Dom Bess showed enough character with the bat to hope that his bowling might improve given a more stable footing in the game. The question marks over Jimmy Anderson and Stuart Broad’s ability to carry out instructions remain lurking in the shadows though. How exactly do you tell two players with over 900 wickets where to bowl? More concerningly though, do they think these people are beneath them?

Mark Wood isn’t the answer in these conditions either. He was missed in Australia and on pitches that offer pace and bounce he is vitally important but on green seamers they should have stuck with Chris Woakes. 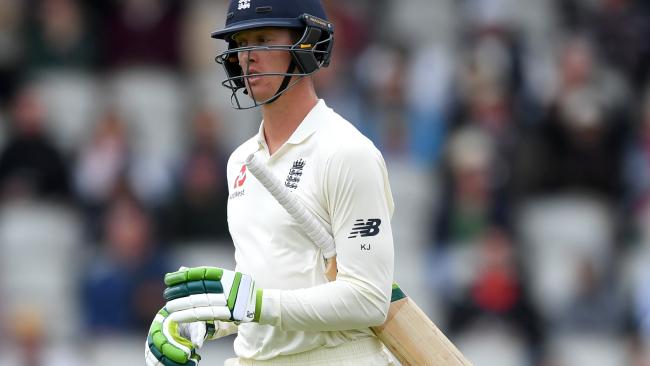 Keaton Jennings is back for another crack at Test cricket, replacing Mark Stoneman

There is a misplaced arrogance that has seeped into English cricket, coincidentally since the fortunes of the white ball team has improved. People talk, walk and try to act like champions and say things that successful people say but champions don’t get beaten by nine wickets at home in the first Test of the summer. Champions don’t get continually beaten away from home by an innings or by 10 wickets. Champions don’t collapse 16 times in 18 months.

I thought it was bad after defeat in India the winter before last. Last summer’s victory over a South African side without AB de Villiers or Dale Steyn was promising but then the winter tours happened. The same people are still there and England have been completely outplayed, out thought and out classed by a young and inexperienced Pakistan side at Lord’s.