The 2019 Cricket World Cup featured a number of outstanding players and performances – we’ve attempted to whittle them down to the strongest XI. To do this, though, we’ve made our selections based upon where the player actually batted, which means some big names have missed out. The side, however, offers plenty of options for whoever is lucky enough to captain to it, with consistently high scoring batsmen and a number of potent bowling options. 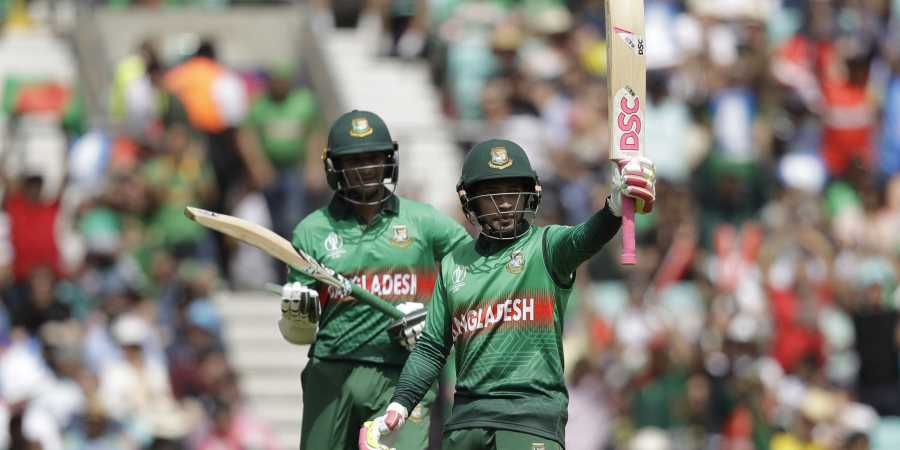 Shakib (l) and Mushfiqur were the engine room of Bangladesh’s ultimately doomed assault on the semi-finals. Both enjoyed strong World Cups

If you agree or disagree, feel free to leave your comments at the bottom! All stats given are for the position batted only, not the tournament as a whole. For example, one or two also had brief stays in other positions, which are not included in their overall figures here.

Never before has a batsman scored five centuries in a World Cup. You could also argue that never before has a batsman had such luck at a tournament (Aaron Finch wants a word!) – Rohit scored two-thirds of his runs after reprieves in the field. But, a sign of quality is a player who can cash in on his good fortune and Rohit did that with aplomb. If you have a chance to dismiss him, bloody well take it!

When Roy scored runs, England won comfortably. That there mid-tournament wobble came when he was injured was no coincidence. His partnership with Jonny Bairstow has become one of the most prolific of all time and Roy has elevated himself to a genuinely world-class white ball opener. His strike rate of 115.36 is best in his position by a distance and the damage he caused to opposition teams was irreversible.

In a tournament which featured Virat Kohli, Kane Williamson and Joe Root in fine form at number three, there should be no need to emphasise just how fantastic Shakib was here. His batting threatened to carry Bangladesh forward and he was often used as an attacking option in the first batting powerplay by his captain – Shakib’s left arm spin was miserly and offered Bangladesh control. Put simply, there wasn’t a better player at this tournament.

It wasn’t a vintage tournament for number fours. Steve Smith nudged a few around down here, but it was Mushfiqur who caught the eye. In tandem with Shakib, he threatened to take Bangladesh into the unchartered territory of the semi-finals and their opening game partnership against South Africa hinted that they might have the power to get there. Sadly, it was not to be. Mushfiqur can still be pleased with his efforts and he represents a wicket keeping option in this XI.

There had been one or two questions surrounding Ben Stokes going into the World Cup. Had the Bristol affair ruined him? Could he deliver on the biggest stage? He emphatically answered any critics with a tournament for the ages. Outside of top order batsmen, he was the best by a huge margin and is comfortably the best no.5 on the planet. His middle overs bowling was miserly, his fielding was committed and often stunning and he just had that knack of getting his side over the line. A special tournament from a special player.

Much like four, it wasn’t a vintage tournament for sixes, either. Buttler was widely expected to be one of the refulgent performers of this World Cup and his talent promised so much more than he was able to deliver. His keeping, too, was untidy at points. But, under the most intense pressure in the final, he delivered an innings which carried England back from the abyss and a lot closer to victory, with a full array of ramps and drives. When the final ball of the tournament was hurled in by Jason Roy, Buttler kept his cool to run out Martin Guptil. His performance in the final clinches his spot here. It was classic Buttler when England most needed it.

It was Woakes’s performances towards the end of this tournament that sealed his place here. He was quiet in the opening exchanges, but once England needed four wins from four to become World Champions, starting with India at Edgbaston, Woakes found another gear. His output with the bat at 7 was limited, but he did score a few batting as an emergency 3 against West Indies. But it was his ability to keep the best in the business quiet during the first batting powerplay that makes him stand out and also gave England the platform upon which to win their must-win games.

Starc quickly got into his groove at the World Cup, although he was strangely listless when Australia needed his miracle balls against England in the semis. He owns the ball of the tournament, too: a brute of an inswinger to rip out Ben Stokes’s stumps at Lord’s, extinguishing English hopes of victory in the group phase. He showed off his batting prowess in patches and, on the whole, can be very happy with his work at this World Cup. Australia would have been a lot worse off without him. 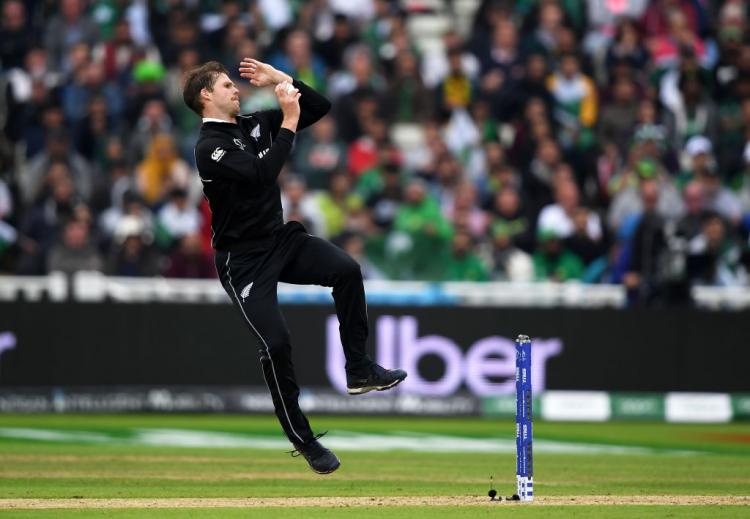 He may look like the kid who forgot his trainers, but Lockie Ferguson emerged as the best first change bowler of the World Cup, his combination of wickets and economy doing so much to take New Zealand to the brink of glory

Ferguson has quietly blossomed into the best first change bowler in the business. Not only did he pick up wickets with his box of fast bowling tricks, he also kept the opposition quiet. His black boots made him look like the kid who had forgotten his trainers and had to borrow some plimsoles from lost property, but his performances made him look like one of the best ODI bowlers in the business. He troubled everyone and was a reliable pillar in a magnificent New Zealand attack.

Amir showed some of the talent that his potential promised all those years ago, before a spell behind bars interrupted his development. He was Pakistan’s go-to man with the ball and dragged them back into games they had no business being dragged back into. A left-arm seamer of supreme talent, it was good to see him delivering such strong performances on the biggest stage.

It was often remarked during run chases against India at the World Cup that the opposition needed “40 off 5… but three of those five will be bowled by Bumrah.” It was, effectively, like saying that the opposition were done. You simply don’t take eight runs an over off Bumrah. It’s impossible. Effective whenever he was tossed the ball, Bumrah was a batsman’s worst nightmare – impossible to score off and always likely to get you out.

There were several strong performers. You could pick a brilliant batting line-up just out of guys who batted three, but it was Shakib who stood on the shoulders of giants (Kohli, Williamson, Root and Babar Azam). Nicholas Pooran emerged as a middle order batsman of genuine promise for the West Indies and Jimmy Neesham could easily have slotted in in Buttler’s place at no.6 – he was a threat with both bat and ball throughout. And a few of his Kiwi teammates could also slot in. In fact, you could pick an all Kiwi attack of Trent Boult, Matt Henry, Lockie Ferguson, Jimmy Neesham and Mitchell Santner, they were that good.

In a tournament in which seam was more effective than spin, and with Shakib slotting in at three, there is no need for another spinner down the order, so there’s no room for Santner or Imran Tahir, who enjoyed a decent conclusion to his South Africa career in amongst the wreckage of their tournament. Jofra Archer, so impressive in his first steps in international cricket, narrowly missed out, too, against the performances of his teammate Woakes.

Up the order, Bairstow could have been selected simply on the strength of his partnership with Roy – three hundreds in England’s final four games walloped them into the final. Dave Warner had a good time of things for Australia, too, although they needed more against India and then again in the semi, when he was un-Warner like.

5 comments on “2019 Cricket World Cup team of the tournament”