And then there were two. England and West Indies will face off to decide who will be World T20 champions and, for the first time in the tournament’s history, there will be a two times champion. Kolkata’s Eden Gardens is the venue, although the legion of home supporters will not get to roar on MS Dhoni and co after their dreams were hijacked by the West Indies.

Who will take home the World T20 trophy?

Both England and West Indies have produced their best when it has mattered. West Indies beat England in their opening group game and breezed past South Africa and Sri Lanka before taking the foot off the gas and losing to Afghanistan. When the chips were down in the semi-final, however, West Indies were once again able to find match winning performances; Lendl Simmons was flown out as a replacement for the injured Andre Fletcher and promptly made casual work of India.

England, by contrast, have been under the cosh ever since Chris Gayle did a number on them in that opening game. They stayed alive with a glorious 230 run chase against South Africa, bowled tightly against Afghanistan and Sri Lanka to keep on going, relied upon West Indies beating South Africa, then hammered New Zealand in the semi-final.

Eden Gardens has provided progressively fewer runs in its four games during the tournament. Match aggregates of 347, 308, 237 and 215 runs would suggest that the final will be a tight game. The ICC, however, have other ideas and the pitch to be used is a fresh one: Strip 7.

Had the wicket remained the same one used throughout the tournament, then both sides would have had serious selection dilemmas. Both sides have gone through the tournament with two spinners, but as the India Vs Pakistan game highlighted, the pitch in Kolkata was providing plenty of grip for the spinners; indeed, Ravichandran Ashwin was all but unplayable on it and only the mastery of Virat Kohli was able to subdue the surface.

Will Strip 7 have a similar offering in store? Will West Indies have to turn to Chris Gayle to send down a few overs? Marlon Samuels would be an option but he is not allowed to bowl because he was deemed a chucker in the ICC’s cull of spin bowling over the past few years.

Will England have to hand Liam Dawson a debut? The seamers have served England well throughout this tournament, but reading the conditions correctly will be so important. If they are left with only Moeen Ali, Adil Rashid and Joe Root on a raging turner, then they could be left to look quite silly. What a moment it could be for Dawson, the young left arm spinner.

Both teams, understandably, will be reticent to change winning formulas.

Both teams, too, will be desperate to win the toss and bowl first. Both sides look far more at ease chasing, then there is the dreaded dew factor. I’m sure that’s what was to blame for Kohli’s full bunger to Simmons that smashed West Indies to victory over India. Kohli as your death bowler… I digress.

Bangladesh were left to chase in both of the fixtures here, but lost them both. Sri Lanka and India, against Afghanistan and Pakistan respectively, won by six wickets chasing. England and West Indies won their semi-finals by chasing. West Indies beat England by chasing. Chasing. That seems the desired and logical way to go.

So, both sides will look to go unchanged from the semi-finals and both will be desperately keen to have a bowl first – time to make a prediction.

I couldn’t foresee anyone other than India winning this tournament and saw no reason to be diverted from that opinion once they’d amassed 192 against West Indies. England are unlikely to give Simmons three lives. Their bowling has been disciplined in regards to no-balls, if a bit wayward when it comes to wides. West Indies will have to work a bit harder for their runs than they did against India.

If the pitch does offer some assistance to the spinners, then England have looked ill at ease against spin on helpful surfaces. Ish Sodhi created a brief moment of panic in the semi-final as he removed Jason Roy and Eoin Morgan in successive deliveries, too.

England, by contrast, have looked entirely at ease against pace. Will Darren Sammy throw the ball to Samuel Badree or Suliemann Benn in the powerplay? It must be a tactic under serious consideration. The middle over slower-ball bowling of Dwayne Bravo will also play a crucial role. Can he subdue Jos Buttler?

West Indies haven’t really been troubled all tournament. The loss to Afghanistan was an aberration occurring only once progression was assured. They came at India like attack dogs and will take the game to England, too. Perhaps most pertinently against India, they emphatically showed that their success or otherwise with the bat is not reliant upon Chris Gayle. He remains, however, the big wicket. 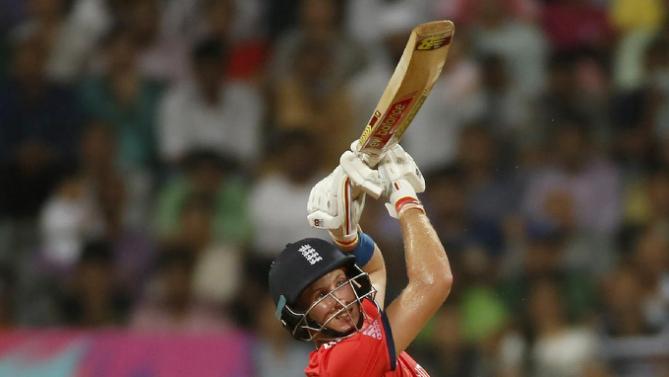 The main factors will be; a) whether or not the pitch offers help for the spinners and, b) who wins the toss.

If that’s a cop out, it’s meant to be! If Strip 7 behaves anything like its predecessor then turn should be expected. This suits the West Indies more than it does England. If they couple that with winning the toss, then it makes them favourites.

I’ve just got a nagging feeling, however, that England will pull this off. They looked dead and buried in this tournament when South Africa smashed them around Mumbai to amass a total of 229 runs. In Jason Roy, Joe Root and Jos Buttler they have three batsmen that can conquer any conditions through brute force or subtle touch. The bowling has steadily improved, too, becoming especially stingy at the death.

So I’m going to gamble on England winning the toss, restricting West Indies to around 175 and then chasing it down.

Or will it be vice versa? Either way, it should be an enthralling game between two sides that have, so far, illuminated a cracking competition.