This Australian side has reached the end of its wretched line, but there still needs to be some perspective around the punishments and moral indignation that is being bandied about. 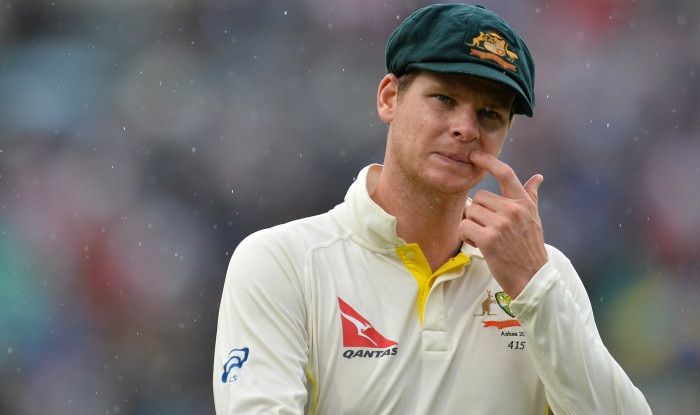 Steve Smith’s ineffectual captaincy of Australia is surely over, his downfall brought about by himself

Make no mistake, this Australia side is a wildly out of control, morally bankrupt cesspit of a team. The behaviour displayed by the team has too often strayed beyond the acceptable, with the team overdoing its self-enforced obligation to play ‘hard but fair.’ You see, it’s what Australia is all about, apparently.

Get in the faces of the opposition but mask your vulgarity with a handshake at the end of the game. What goes on the field, stays on the field and all that. The spirit of competitiveness has been trampled on by this side, which has then had the cheek to position itself as a moral arbiter of the game, pointing to the lack of de-merit points received by its components as a justification for the way it plays.

The lamentable head coach, Darren Lehmann, has previously called for Australian crowds to barrack Stuart Broad so viciously that the England fast bowler would “go home crying.” Yet during this tempestuous series in South Africa, an affronted Lehmann has submitted an official complaint to Cricket South Africa over the treatment of his players, particularly Dave Warner, at the hands of South African fans.

This Australia side stands for hypocrisy and double standards – happy to give it out, but disgusted when on the receiving end.

This Australia side also stands for cheating. Blatant, premeditated cheating at that. Steve Smith, the ineffectual captain of this rotten ship, was more than happy to go along with a premeditated plan to tamper with the condition of the ball in order to gain an advantage.

With the eyes of the world on him and his young lieutenant, Cameron Bancroft, Smith brazenly admitted to concocting the deceitful plan with his teammates and actually enacting it. It is quite clear that Smith had no grasp on the severity of his words and actions. Nothing has ever been done to this team before, so why would it now?

The reaction in Australia has been remarkable. Even the prime minister has stuck the boot in. This is not what Australia stands for, they protest. Yet, sadly, their cricket team does.

This incident has, in hindsight, been coming. Lehmann has fostered an aggressive attitude throughout the side and his bosses have stood by and let it happen. James Sutherland, CEO of Cricket Australia, is a man who has been very fortunate to keep his job previously owing to his apparent incompetence, yet looks unlikely to lose his job now, either.

Sutherland appointed Lehmann and has done absolutely nothing to reign in the behaviour of this side as it has so apparently spiralled out of control. Warner, a persistent offender of the spirit of cricket, has been embraced as a leader of this team and encouraged to play an attack dog role. His on-field behaviour often leaves a lot to be desired (as does his sledging if he can only think to mention that someone’s name sounds like a body part) and he has been thoroughly humiliated in this entire episode.

Yet, what did Smith, Lehmann and Sutherland do? Absolutely nothing.

It has taken an incident of such severity that it has merited political discourse for anything to happen. This is the outpouring of years of build-up and is not solely about one episode of ball tampering. For that, Cricket Australia should be truly ashamed. They’ve had countless opportunities to stamp this out. 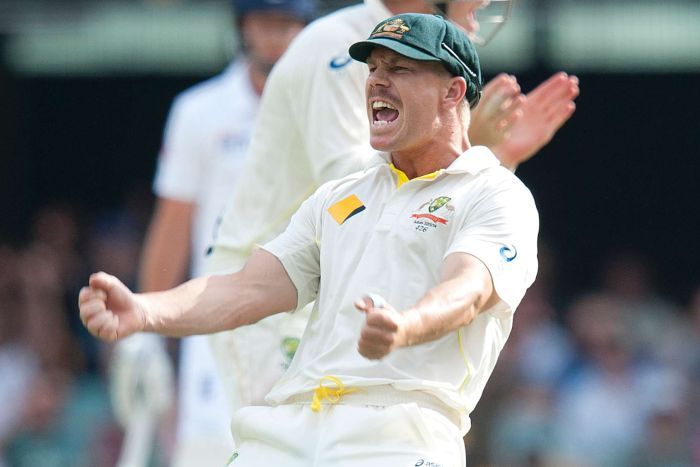 Lehmann will surely lose his job, as the main practitioner in fostering an attitude whereby the team would even think that it’s acceptable to cheat. Whether he knew of the plan or not, his leadership has led directly to this.

Smith, too, will never captain Australia again. How can he? He once thought that it was acceptable to plan to cheat, agree to cheat and encourage a team mate to cheat.

As for Warner, well… rumours abound that his own team mates have had it with him. His future looks more precarious than the rest and he will surely go down as the cheating protagonist as the narrative of this episode unfolds. He eminently dislikeable, too, and there will be plenty of people happy to believe that he’s the real villain of the piece.

Yet, for all of this, there needs to be perspective. This isn’t the first ball tampering case of all time, and it won’t be the last. Calls for lifetime bans are ridiculous and wide of the mark. Players deserve the opportunity to atone for their errors. Faf du Plessis, the South Africa captain, has twice been sanctioned for ball tampering, for example, yet continues impressively in his role as captain of his country.

The game accepted Mohammad Amir back, despite his sentencing for match fixing. Shane Warne dealt with bookmakers and took performance enhancing drugs, yet look at his legacy. England, too, have welcomed back Ben Stokes whilst he awaits trial over a GBH charge, having been recorded fracturing someone’s eye socket outside a club in Bristol last year.

So, whilst the conduct of this Australia side has been woeful, it has already heaped humiliation on itself and the wider nation of Australia. Those responsible will lose their leadership roles. But lifetime bans?

Smith, Warner and Bancroft will forever be reminded of this. Their reputations are now permanently stained with the caveat of ‘cheat’. But, like those before them, they deserve the opportunity to show that this was an aberration and to learn from their mistakes. This, after all, is an offence that carries a five-run penalty and a maximum sanctioning of a 100% match fee fine and a one game suspension, something which the ICC has already handed out to Smith.

On this, the ICC has been branded as weak and ineffectual in some quarters for such ‘lenient’ punishments. Yet, the ICC can only follow its own rule book and punish the incident in isolation – it cannot consider the ill feeling towards Australia which has whipped up this public frenzy.

This incident is wholly exacerbated by what has preceded it. There is ill feeling towards this Australia side everywhere. The self-erected halo has slipped and the whole world is laughing. In truth, most are delighting in the fact that has happened – sentiment that this side has brought upon itself.

Once the heat has cooled, however, it will be realised that the harshest penalty has already been handed out. Never being able to captain your country is a massive deal. Being caught red handed and humiliated is, too.

So, whilst what has happened is reprehensible and has been enacted by a morally repugnant team, the dust needs to settle and those responsible will deserve the opportunity to play again. One year bans, let alone lifetime bans, are very wide of the mark. The punishments, after all, have already been handed out.

8 comments on “What now for Smith, Warner and Australia?”