The phenomenon of instant gratification is more relevant than ever and this can be seen in the cricket arena with the growing popularity of short format matches such as T20 cricket. Whether or not you subscribe to the view that test match cricket is outdated and arguably holding the sport back, it’s clear that there has been a recent shift in the way that the game is played. 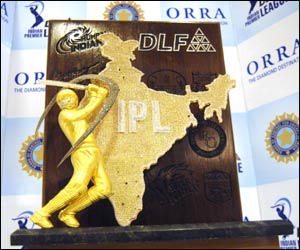 Like most sport, cricket is now primarily a business

The findings of a 2017 reports suggested that T20 cricket was more popular than the FA Cup and whilst this could be in part attributed to the general malaise associated with the competition, cricket supplanting football in any way, shape or form looked nigh on impossible only 10 or 15 years or so ago (save possibly The Ashes tour).

In theory, there’s no reason why test cricket and the shorter format games shouldn’t be able to co-exist but the issue lies with players saving themselves for the latter and not wanting to risk burnout. Since the turn of the century, cricket has shifted towards a more entertainment based approach in a bid to shift tickets and attract a new demographic of followers. The evidence suggests that this has worked but at the expense of test match cricket and there is a growing concern amongst cricket aficionados that some of the more promising players are now choosing the more lucrative forms of the game over the longer formats due to the lure of the IPL and other similar competitions.

The impact of other sports

Despite the fact that the IPL rewards the very best players with handsome salaries, the competition only lasts a few weeks and when comparing cricket with other sports, it’s clear to see that the game is being left behind. Traditionally poor(er) paying games such as snooker and darts are rapidly increasing their fanbases and prize money, whilst sports which have always been full of money such as football, golf and tennis are always adding to their ever-swelling purses with corporate giants such as Barclays and BMW putting their money forward. When it comes to attracting new players to any sport, the harsh reality is that most young prospective talents are driven by a desire to be rich and famous as opposed to simply enjoying the sport they fell in love with from a young age and this is surely in part down to our newfound fascination with the concept of celebrity.

With this being said, Cricket is arguably at the bottom of the pile when it comes to prospective sporting careers for most young people. In order to make the sport more attractive, the more unpredictable and explosive stars need to be given as much coverage as possible – for all of his recent controversy, players such as Ben Stokes who bring a new dimension to the game arguably do more good than harm when it comes to the future of the sport. As of 24th August, England are 11/4 favourites with betting site Betway to take home the 2019 World Cup and this is in part down to explosive players such as Buttler and Stokes who encapsulate the boundary-thirsty batsmen of the modern game.

It’s not all bad news…

Thankfully, the changing attitudes towards cricket aren’t entirely negative and this can be seen with the giant strides which have been made in recent years concerning the women’s game. In general terms, women’s cricket is on the rise and the added coverage from Sky Sports is helping the game of Cricket become a more inclusive and enjoyable experience. In addition to this, cricket is helping break down the barriers of sexism in countries such as India which can only be seen as a positive and the introduction of more young women into the sport could help rejuvenate the stalling junior game. Men’s cricket has had its time in the sun and pretty soon, it could be the women’s time to shine.

Test cricket is the bread and butter of the sport and whilst it may not be dying just yet, the signs aren’t looking too encouraging. On the other hand, it’s certainly not too late to salvage the oldest form of the game and if those who run the sport pull together, there are ways to preserve the integrity of test cricket and ensure that future generations will be able to enjoy the whites and red balls for years to come. Nevertheless, as other sports evolve with the times, cricket will need to do the same and shorter format contests will almost certainly be a symptom of this.

3 comments on “The changing attitudes towards cricket”