Yorkshire spinner, Adil Rashid took 4-43 as England claimed victory in the third and final ODI against Bangladesh, helping the tourists to a 2-1 series win in the process. Rashid proved his worth once again in this form of the game, answering criticism from Bangladesh batsman, Sabbir Rahman, who claimed that the 28-year-old was not a difficult bowler to face. 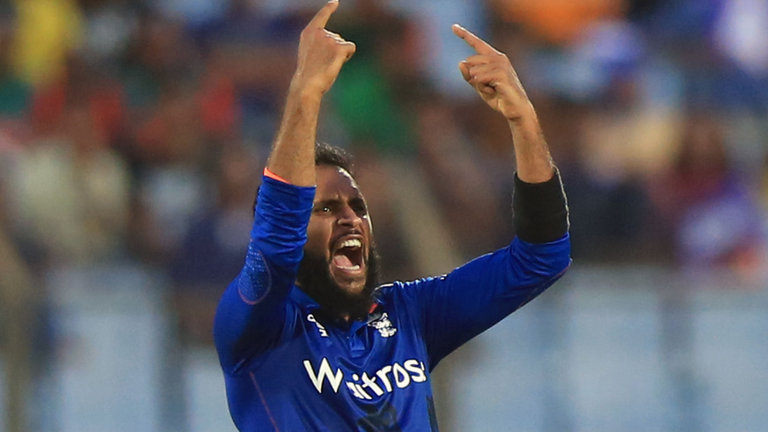 Rashid also recovered from criticism over his decision to miss out on Yorkshire’s County Championship showdown at Lord’s against Middlesex at the end of the summer, with the Bradford born man citing fatigue as the reason for his absence. Despite his future at Headingly remaining in question, Rashid will be concentrating on the international calendar in the coming months, as he hopes to nail down a place in England’s touring party to India. Despite his last Test appearance coming back in November 2015, Rashid is still offered favourable odds in the cricket betting markets from bookmakers to play a big part for England this winter.

Meanwhile, despite scoring just 13 runs during the three match series, Rashid’s Yorkshire team mate, Jonny Bairstow will be hoping to rediscover his form in time for the upcoming Test matches. The 27-year-old was out for a duck in the first two encounters between the two teams and will have to perform significantly better if he is to justify his comparisons with Yorkshire greats such as Sir Geoffrey Boycott and Michael Vaughan. With Two test matches against Bangladesh being followed by a grueling five Test series in India, why not stump up a bet on Bairstow and co. returning home with successes in both. Bookmakers Coral offer England cricket betting odds of evens to overcome Bangladesh first of all.

Elsewhere, fellow Yorkshireman, Gary Ballance is hoping that a strong showing this winter against Bangladesh will secure his place in England’s long-term Test plans. The 26-year-old Zimbawean-born opener averaged just 27.85 over the four Tests against Pakistan this summer, with one half-century on day one of the third Test at Edgbaston to his name. Although Ballance is expected to retain his starting place in the team, the likes of Haseeb Hameed and Ben Duckett will be waiting patiently should the selectors go for a change of heart.

Duckett hit 63 from 68 balls in the final ODI against Bangladesh and has already been labelled as the ‘ice man’ of the England team, thanks to his calmness under pressure. Although he is unlikely to be given a test start just yet, bookmakers Coral still have him in the running for the leading scoring England player in India.