There have been debut tons, maiden tons, maiden double tons, defeats and draws. We’ve also learnt that solid presentation skills in a corporate environment will get you a spot in the Australian side and that being on a zimmer frame is, contrary to popular belief, a barrier to selection for India. 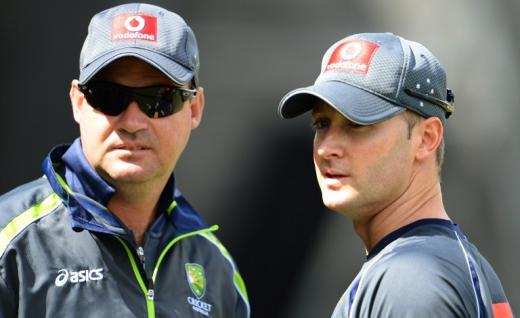 England got their Test tour of New Zealand off to a typically underwhelming start last week. Bowled out for 167 on the flattest of flat pitches, Kiwi debutant Hamish Rutherford showed his much vaunted opponents the way with 171 runs of his own. Even England bowler Steven Finn had the temerity to upstage his willow wielding colleagues with a turgid 56 in the second innings. Application, my friends. Application.

The innings puts Rutherford seventh on the list of highest scores on debut.

There was also a maiden Test ton for Nick Compton and yet another for Alastair Cook.

England dug in for two days and secured a draw, but the ineptitude of their first innings was completely overshadowed by the ineptitude of four Australians when it comes to filling in forms/sending e-mails/sending SMS messages and making presentations.

Australia coach Mickey Arthur wanted his charges to consider how they could improve the team in the aftermath of two defeats in two Tests in India. I’m sure Usman Khawaja and Mitchell Johnson would simply have suggested ‘I could play a f**king game. I mean, c’mon mate, strewth, Phil Hughes is getting a knock. He’s s**t.’

Shane Watson could have suggested ‘meh, not a lot’ and James Pattinson ‘a bit of support would be nice. Find a decent spinner, too. Just someone who can spin a ball would do. Seriously.’

Say all of the above quotations in a comedy Australian accent and you get a true picture of what’s going on…
Anyway, none of the above bothered with this task set out by Arthur. So he decided to drop them for the third Test. All four of them. Because they didn’t suggest ways that a really average team could improve and start its quest to become world no1.

Here’s a suggestion to Cricket Australia. Invent a time machine and go back to 2002. Or find a way of preventing ageing in human beings. You could then have replaced Hayden, Langer, Ponting, Hussey, Waugh and Waugh, Gilchrist, Warne, McGrath and Lee with themselves.

Then you’d be no1. You’re not no1 because your players, with the notable exception of Michael Clarke, are crap. Mystery solved.

Still, that hasn’t stopped Arthur from managing the side like a man who has got a hefty sum invested in England winning back-to-back Ashes this year. Come on, if his name was Mohammad Arthur from Lahore this point would be taken seriously…

In other age related news India have dispensed with another modern legend. Virender Sehwag’s international career looks at an end as he has been dropped for the third Test in Mohali against Australia. Having got himself out early in the second Test, he had to kick back and watch young whippersnappers Murali Vijay and Cheteshwar Pujara pile on the runs. The walls must surely now be closing in on Sachin Tendulkar.

Perhaps the most remarkable event in Test cricket over the past seven days, however, was the performance of Bangladesh, against Sri Lanka, in Galle.

The match bore 18 wickets in five days. I’d suggest it wasn’t the most competitive of surfaces. Still, nearly exactly one year ago England were being rolled over here inside four days.

To wash down the 18 wickets were eight centuries, two from Kumar Sangakkara.

Nothing remarkable there. No sir. The remarkable bit came from Bangladesh’s innings of 638. Mohammad Ashraful, that much maligned one-time Aussie basher of 2005 vintage in a Cardiff ODI, rediscovered how to hold a cricket bat and was desperately unlucky not to become the first ever Bangladeshi to hit a Test double century. He fell for 190.

Mushfiqur Rahim, the pocket rocket Bangladesh keeper/captain was so inspired by his team mate that he went on to take that honour himself. The partnership of 267 between the two was also a new Bangladeshi record for any wicket.

Nasir Hossain also chipped in with a maiden ton. It was a good match for Bangladesh and I truly hope that they build on this and become a tough side to beat.

The fact that Rahim fell for exactly 200 and Hossain for exactly 100 suggests that milestones still come as a huge surprise for this lot, but it’s a nicer problem to have than sitting around saying ’but we have to pick Ashraful. The cupboard is completely bare.’

That’s the past seven days, I hope the next seven are just as good.

4 comments on “Just another week of cricket”