Following a disastrous opening day of England’s two test series with New Zealand which saw the tourists dismissed for 58 in a little over 20 overs, The Cricket Blog’s Miles Reucroft and Andy Hunter look at where it has all gone wrong. 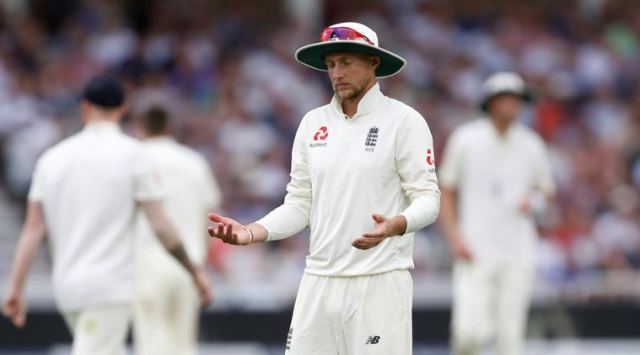 Joe Root runs out of answers as England capitulate in Auckland

What was your reaction to seeing the news this morning?

Miles: Another early morning alarm. Another glance at Cricinfo. Another ‘fuck this’. Another hour of sleep. When will this end for England?

Andy: The saddest thing is I’m not even vaguely surprised. Pathetic. The worst part was listening to Graeme Swann on TMS saying there was no need for wholesale changes. He’s employed to be a pundit, not to defend his mates. If he can’t be objective then he needs to get a gig doing something else.

Where has it all gone so wrong?

AH: Nobody saw 58 all out coming but the malaise for me has been there for over a year. There is no way this side can continue. This ‘false arrogance’ you see from them has come home to roost. Fair play to Boult and Southee but an international side, at any level, shouldn’t be bowled out in 20 overs. Disgraceful. Jimmy, Bairstow and Malan were the only vague positives in Australia and one, if not two of them, are now going to have to be moved to accommodate more changes.

MR: Our top order constantly exposes our batting order, so a calamity like this has been inevitable. Bayliss has to go as Test coach now, although I’d love to see him stay in the ODI role. Vacating the Test role could even lengthen his ODI stay.

Also, why do we need six bowlers?! Stokes at five?! He’s done nothing to suggest he’s a Test match five. When has a side ever needed six bowlers? Even when it’s as flat as can be, six won’t make a difference. I appreciate Stokes isn’t fully fit to bowl a full quota, but he’s no solution at five and could have bowled the odd over here and there. As per usual with this England side, it’s all bits-and-pieces players in roles that don’t quite fit them.

How do England go about fixing this desperate slide?

MR: Ideally I’d keep Bairstow keeping and doing his thing at 7. But we need top/middle order reinforcements. The cupboard is alarmingly bare. Suddenly the India series looks very dangerous. A root and branch reform of the top order is desperately needed. We’ve got talented stroke makers in the middle order, but the panic sets in at the top. Root to three could help because he’s a good player, but I’m done with Cook. Totally done. I’d be happy if he never pulled on an England shirt again. His ship has sailed. He was a great player, but everything – everything – is in the past with him now. He’s more damaging than useless to this side. He’s either hitting a massive score or nothing at all. The limpet-esque qualities he built his career on have eroded. Unless it’s a slow, nothing wicket, then he contributes sod-all.

AH: It is time to get specialists in as I have been banging on about for a while. Foakes in and Bairstow to four, depending on where Root is batting. Batting at seven means he’s expected to go out and play like he does in white ball cricket but he’s better than that (I hope!). Being caught driving on the up at 20-5 is lunacy and it’s time we put him at four and told him to bat properly.

MR: Time for Jack Leach to get a go, too. We’ve seen more than enough of Moeen Ali playing red ball cricket abroad now to know it doesn’t work. This is his 50th Test, yet what exactly does he do? Leach has at least been a consistent wicket-taker in the County Championship, although as Mason Crane shows, one game in Australian Grade cricket appears to be far more valuable than that. 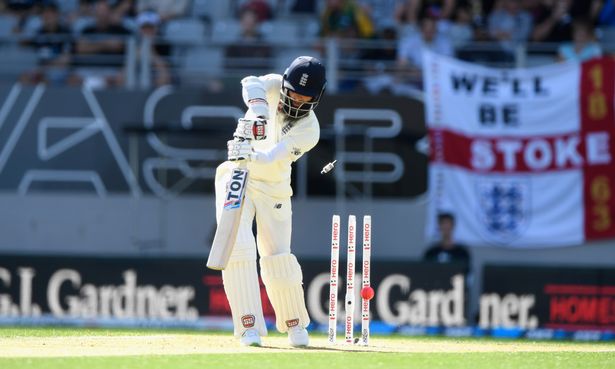 Moeen Ali has his timber rearranged

With England’s positive white ball cricket is it time to introduce a few more of these players to the test side?

MR: The thing is, there’s not really an argument against just picking the ODI batsmen. At least they score runs. You can’t look anyone in the eye and call it ridiculous this morning. 250 in 50 overs is better than 58 in 20. Of course someone like Jason Roy wouldn’t improve anything, but the argument grows louder. It will continue to do so as long as he wouldn’t be worse than the current incumbents.

AH: The only argument is that we need to get better and not just make short term fixes. It’s a tricky one. I don’t think bringing in Roy and a few others would help in all honesty because I think we’d be putting more pressure on our better players to contribute because we know Roy is 50 or 0. Agree 250 is better than 58 but the problem is greater than this.

MR: Roy’s not really the example, but if you went for Hales, Bairstow, Root, Morgan etc etc, would it be worse than what we’ve currently got? It shouldn’t even be a conversation point, but the answer is a definitive ‘no’. That’s how bad it is.

AH: Sounds like you’re clutching at straws a little. We were lucky in the 2017 summer that Philander was fat, Rabada was banned, Faf missed a game and AB didn’t play when the South Africans were in town. We should really have seen this winter coming a mile off after the debacle of India last winter. We’re a poor side. Who’d get into the Australian side at the moment, from this England team? I don’t think anyone sadly. Maybe Bairstow for Paine but none of our bowlers are better and our batsmen are rubbish.

So how do England proceed?

MR: Yeah, this has been coming, but now it has arrived, it can be used to affect proper change. India was a bit different because we got stuffed by Ashwin and Jadeja. The Ashes was always going to be tough and neither of us thought we’d win, but 4-0 was very disappointing. Now this… it’s downright infuriating. It does, however, leave nowhere to hide. There are no caveats to this debacle. It’s a good old fashioned fuck up and they have no choice but to front up to it. Australia did the same midway through that South Africa series (in 2016) and haven’t looked back. They accepted where they’d gone wrong and performed major surgery. England now need to do exactly the same. There’s no room for sentiment here, it’s time to take decisive action. If they don’t, it’s difficult to see who’ll be supporting them this summer.

AH: I just don’t see it happening. Until Strauss’s reign of terror ends it’ll be the same. They’ve been so OTT about the World Cup that it’s become all that matters in English cricket. They’ve got what they deserved because they haven’t put the focus on red ball cricket. All other nations can focus on multiple formats but England can’t. The Aussies have scrapped everything and started again and now look a force in all formats. We’ve got a decent 50 over team and the rest is a shower of shite.

Feeling good about the summer ahead?

MR: I’ve written off the Pakistan series. They’ll batter us. My hope with India is that their batsmen are worse than ours away from home. And they don’t have the bowlers for England. It would be yet another nadir, though, if we lose that series.

AH: Lets worry about India once we’ve got through Pakistan. This summer could be extremely bleak. Firstly though let’s just get back to England and then make a series of changes to the setup. New coach, new selectors and please, please, can we rid ourselves of Commander Strauss.

In conversation with Miles Reucroft and Andy Hunter

5 comments on “How can England repair the damage?”