This is the final assessment in England’s marathon, 17-Test 12 months. Such is the lopsided importance placed upon beating Australia that it will, largely, be looked back on as a success, even if that isn’t really the case. 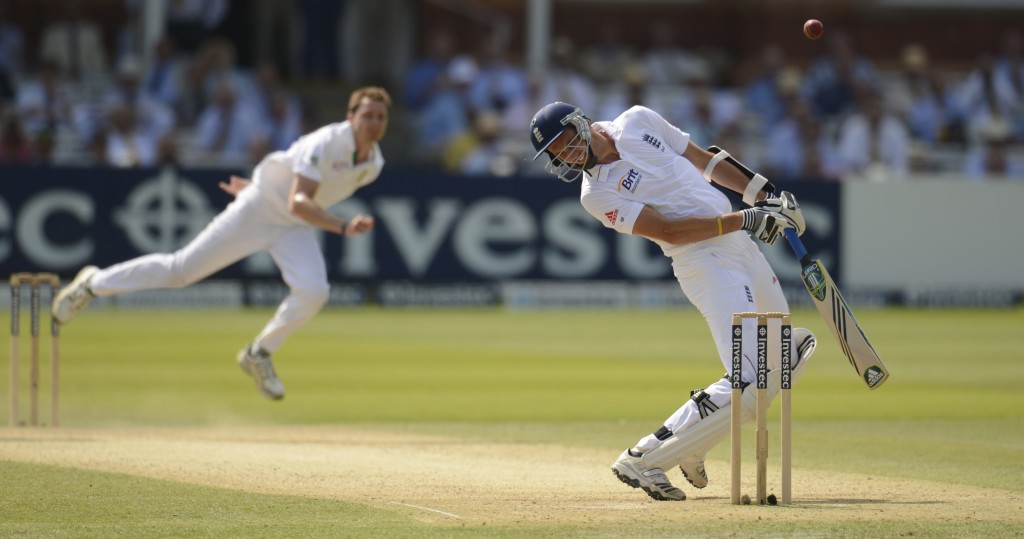 This series promises to be a battle of the bowlers

To recap: England drew a three Test series in the Caribbean 1-1. That was the only time that the West Indies avoided defeat all year – their only draw and their only win. It is hard to see this West Indies, ravaged by administrative incompetence, as being at anything other than the lowest ebb in their rich history.

From that, an eminently winnable series, England returned home to draw a two Test series 1-1 with New Zealand. In this there was no disgrace. Brendon McCullum’s side arrived as the toast of the cricketing fraternity, fresh from a barnstorming World Cup and their most successful year in Test cricket in 2014.

Then the icing atop the uncooked cake; a 3-2 Ashes win against a surprisingly wretched Australia. Only Joe Root managed a century for England in a series notable for the low quality of its batting. Stuart Broad rode rough shod through Australia, supported by James Anderson, then Steven Finn once Anderson was ruled out through injury.

There wasn’t a close game in sight as the two sides traded blows like a pair of dumpy of heavyweights at a charity boxing match.

It was then onto the UAE to face Pakistan and England were deemed to have equipped themselves far better than anyone had hoped. Such is the stock of this England side, really, that a 2-0 defeat was lauded by many. An unexpectedly tight first Test was always unwinnable in fading light, before Adil Rashid put on a batting façade that inspired hope of a draw in the second Test before Pakistan eased to a comfortable win in the final Test.

“International cricket isn’t just about learning, it is about getting results, and we weren’t good enough at key moments,” said Alastair Cook after the final loss. That’s the most sensible assessment of England’s 2015 to date. Four series, only one series win. West Indies should have been beaten and so, really, should New Zealand have been, too.

There has been a lot of crying in the English cricketing press about the lowly status of the game at the moment; that even in Ashes winning year, no English cricketer is receiving wider public acclaim. They blame it on Sky Sports. They should blame it on the rank results, insipid performances and uninspiring leadership. The Ashes series was, to be blunt, crap. Two average teams taking it in turns to punch each other in the face. These contests are beginning to feel like forced fun. A lot of the lustre has been lost.

South Africa, much like England are currently in, are entering a phase of transition.  The old guard like Graeme Smith and Jacques Kallis have left holes that have been impossible to fill – hardly surprising given their twin talents.

In 31 Test series since they lost in Sri Lanka in 2006, South Africa have only lost three series; twice at home to Australia and once, last month, away in India. Are they exiting a golden age?

That this has been a golden age of South African cricket is beyond debate. What is up for debate, however, is whether they have the talent coming through that can extend their winning ways into the next generation.

They were spanked 3-0 in India, although the arid surfaces and the dominance of spin were a million miles away from their home surfaces. This series will represent a truer Test of where this South Africa is and how well their lesser experienced players are developing in the Test arena.

Everyone knows what Hashim Amla, AB de Villiers and Faf du Plessis bring to the party, but what of Stiaan van Zyl, Dean Elgar and Temba Bavuma? In Broad and Anderson they are facing one of the finest pace pairings in operation today.

There is also a question mark over the fitness of talisman Dale Steyn. He has been almost impossibly consistent and impossibly fit over the past decade – is age catching up with the world’s best bowler? Can Morne Morkel find the consistency to lead the attack alone, alongside inexperienced colleagues in Kyle Abbott and Kagiso Rabada?

Rabada is a player causing genuine excitement at the moment. He has the pace, accuracy and nerve to suggest that he truly belongs at this level at the tender age of 20. The bowling future looks bright in his hands; the questions linger over the batting department.

So both sides have world class pace bowling attacks, questionable spin bowling options and concerns in their batting line ups. All signs point to this series being a battle of the bowlers.

Where van Zyl, Elgar and Bavuma face a stern test, what of England’s batsmen? Only Cook and Root are guaranteed starts. Will Alex Hales open? Or will Nick Compton? Or will both play, or Gary Ballance slot in at three? James Taylor looks set to play at five, Ben Stokes at six and Jonny Baristow will keep wicket and bat seven.

That could all change throughout the four Tests. Hales could play then get dropped; likewise Ballance and Compton. Bairstow has Jos Buttler, England’s first choice keeper for the past two years, unconvincingly behind him.

Uncertainty reigns supreme. Only Cook and Root are undoubtedly good enough at this level. If South Africa can dominate those two, they will dominate England.

It promises to be a fascinating series between two uncertain sides. England perhaps, just look the more uncertain of the two.