Cast your mind back to 2005. One of the greatest ever Australian sides was in England to contest the Ashes. There was a buzz in England, however; here was a side that might put an end to a generation of Ashes pain. A settled side was assembled, awaiting a sprinkling of blockbuster talent. Graham Thorpe or Kevin Pietersen? Or so went the question. 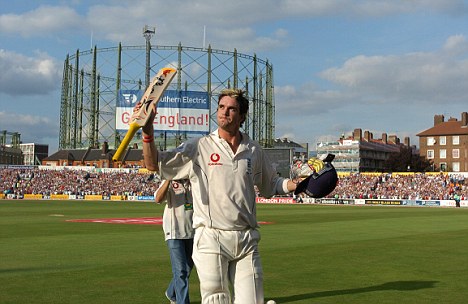 The Oval in 2005 was the arrival of a superstar - but has England made the best of use of Kevin Pieteresen in the years since?

Pietersen is something of a Margaret Thatcher figure in English cricket – you won’t find many who shrug their shoulders with indifference when asked about him. Everyone has an opinion; everyone has a memory.

The last Test of that 2005 epic culminated with this brash, dodgy-haired, diamond-studded, tattooed wonderkid playing a brand of cricket that was so distinctly un-English as to be automatically enthralling. His 158 in England’s second innings at the Oval was the defining innings of this Century, at least for England. It announced the re-emergence of English cricket as a force to be reckoned with and heralded the arrival of a new superstar.

England doesn’t do superstars. It’s a nation that revels in public failure; the focus is oft on the negative. It loves to see stars fall.  Yet, here was a man who could be built around. The arrogant strut and swashbuckling batting marked him out as different. There’s no hint of Etonian English or gravely Yorkshire in his voice. He doesn’t fit the English cricket mould.

All great sides, in any sport, are built around a superstar. There is one man who leads the side to glory. The flip side of this is that he always bears the brunt of the criticism in the face of failure. England had, in Pietersen, someone who could carry out this role. He was comfortable in the spot light. He also seemed confident enough to cope with his own failings on the field.

England had the talent to support a player like Pietersen. Alastair Cook, Ian Bell and Jonathan Trott are all players of similar stature to KP, but their characters are different. To compare this quartet to the best football team of the past six years, Pietersen could have been England’s Lionel Messi to Xavi Hernandez, Andres Iniesta and Sergi Busquets.

Cross-sport comparisons are irrelevant on an individual basis, but teams function in remarkably similar ways. I can’t argue that Pietersen is as good/worse/better than Messi. But one star always burns brighter than the rest.

To stick with cricket, great sides have had a great ensemble with brilliant individuals that have not just stood out because of their sporting stature. Sir Don Bradman was not hugely popular in the Australian dressing room. Ian Botham was very much his own man – drink, drugs, women. Sunil Gavaskar was a firebrand. Brian Lara danced to his own tune. Shane Warne took on anyone who he disagreed with or disagreed with him – drink, drugs, women as well. Genius never comes untroubled.

To look at England’s most recent dominators, Australia has bent over backwards for Michael Clarke. Late night drinking, physical confrontations with team mates, well publicised private life that resulted in his departure of a tour from New Zealand and arguments with his vice-captain, Clarke ticks every box. But Australia set Clarke free. It needed a superstar and Clarke was the man to be pandered to. How he has rewarded them.

The point is, dominant characters deflect attention away from the rest of the side. With the spotlight focussed on one player, the rest of the side has a burden lifted. Botham did this in 1981, Sachin Tendulkar did it for most of his career, Jose Mourinho does this for his football teams, Johnny Wilkinson did this for the England Rugby team in 2003, David Beckham did this for Manchester United. Kevin Pietersen briefly did this for England in 2005. It’s a shame that he wasn’t indulged and allowed to grow into the role.

Pietersen’s career appears at a crossroads, if reports about England coach Andy Flower’s opinion are true. Flower or Pietersen? One has over 8000 Test runs for England, the other has none. One has stuck to his guns and played the game his way throughout his career, the other has allowed the grass to grow under his feet and let the rot set in within the England team. To blame Pietersen for England’s current woes is, at best, misguided.

Of course Pietersen isn’t perfect. No one is. He hasn’t always helped himself with a few misguided choices of his own, not least some of his questionable PR strategies and friendships with people like Piers Morgan. But, he stands as a man with no regrets, a man with unwavering belief in himself.

Call it what you want, (arrogance, maybe?) but when the time comes, Pietersen’s departure from cricket will be a loss to us all, whether you love him or loathe him. Those who love him will miss his rampant, effortlessly violent batting and will fondly remember the Oval, Colombo, Headingley and Mumbai; whilst those who loathe him will miss his perceived softer dismissals and irritating habit of getting out to left-arm spinners and will remember his spats with coaches, team mates and his seemingly unmeasured approach.

Either way, we’ll all have a little bit less to talk about and either way, England didn’t make the most of his talents. It’s too late to build around him now.

2 comments on “Did England make the most of Kevin Pietersen?”