Essex County Cricket club have named a strong 13-man squad as they prepare for their County Championship opener at Headingley. 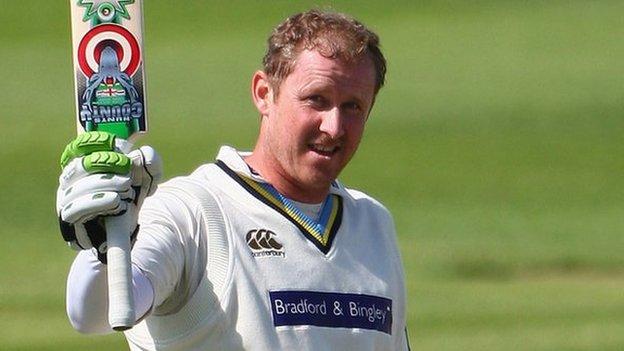 Essex’s new head coach, Anthony McGrath, starts his reign, and Essex’s title defence, with a trip to the County with which he was once synonymous, Yorksire

Essex were labelled as strong favourites to be relegated immediately following their promotion to the top-flight of County cricket, but they sent shockwaves across the national game by charging to a first title in 25 years – remaining unbeaten the entire time in red-ball cricket in 2017.

And Essex will be hoping that the winter addition of Australian fast bowler Peter Siddle will boost their chances of retaining the title.

Although the focus will more likely be on Essex’s new head coach, Anthony McGrath, as the former Yorkshire batsman will open his new tenure at the helm of Essex with a nostalgic return to his previous employers.

Speaking about his return to Headingley, McGrath admitted to the club website that he will be entirely focused upon the cricket. “No there won’t be anything but cricket, cricket is my profession and my job.

“I’m in my third year now with Essex and feel an Essex boy. I’ve really enjoyed my time since I moved down here.

“Yes I see old friends when I go back up there and my family will all be there, they live up there and so from that point of view, it’s great to catch up with people. But in terms of the game, it’s business as usual.”

Essex make the long trip to Headingley with a fine record against Yorkshire as Mohammad Amir grabbed final figures of 10 for 72 at Scarborough in August, while the return fixture in Chelmsford saw Essex finish as victors by 376 runs inside three days play – with the County Champions being presented with their trophy at the close of play.

Assisted for the first time by new assistant head coach, Dimitri Mascarenhas, McGrath admitted that having the label of being County Champions will make little difference as Essex aim to begin their season in the best possible fashion.

“Being defending Champions comes with its own pressure because people now expect of us, but within our own dressing room, nothing has changed. It’s business as usual,” he said.

“We beat Yorkhsire twice last year and we’ll be looking to do the same this year. We want to start well, we know this game will be tough because Yorkshire are very good at Headingley. They’ve had a great record in recent years in four-day cricket so we are certainly not under-estimating how tough the game will be.”

Having passed a fitness test, Sam Cook will be hoping to continue his form from last season. The 20-year-old seam bowler, who is studying History and International Relations at Loughborough University, broke into the First XI in the final month of the triumphant campaign, taking 18 wickets in his four feature matches. Varun Chopra also passed the fitness test to ensure he was part of the travelling squad.