With the 2015 Investec Ashes series nearly upon us, The Cricket Blog looks at the head to head encounters that will define the series. We start with the top order. 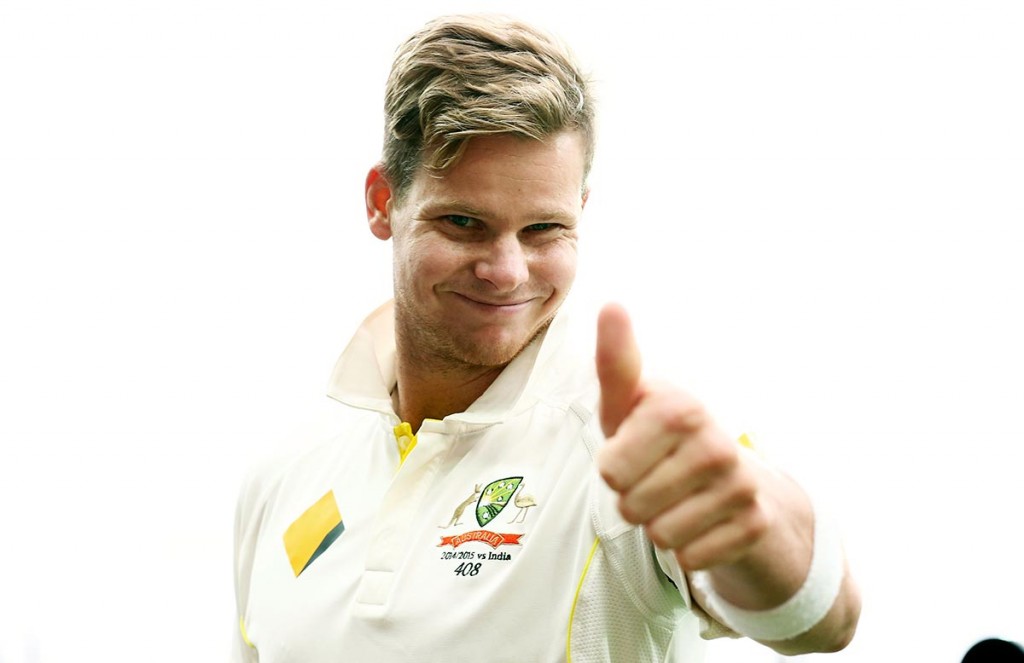 Steve Smith is the prized wicket in the Australian batting order at the moment. He’s the number one ranked batsman in the world. Here’s a picture of him looking a bit of a dick.

It’s something of a surprise that Cook is facing the Australians as England’s captain, so chastening was the experience of 2013/14. Yet he has stubbornly held his ground. This, however, looks likely to be his last captaincy experience, with the England management throwing him to the Australian wolves before the affable Joe Root takes over.

Captaincy aside, Cook is the most accomplished English opener I have seen. I have been and remain willing to criticise his captaincy, but his batting speaks proudly for him. He, along with Root, will be the prized English wicket this summer. Deflate the captain; deflate the team.

Cook is also a better batsman than Rogers or Marsh. Australia face a selection dilemma; give Rogers his final series, for he is set to retire at its conclusion come what may, or stick with Marsh, who replaced a concussed Rogers on the recent Caribbean tour?

Given his knowledge of English conditions, surely the Aussies will go with the old boy. His main role will be to support to David Warner, but he’s a canny operator who can inflict damage on sides as well.

The Cricket Blog’s verdict: Cook every time over Rogers or Marsh.

We have predicted previously that Alex Hales will be making his Test debut atop England’s order at some point in 2015 and that still doesn’t look too far wide of the mark. Lyth scored a maiden Test hundred against New Zealand, but a series against the Aussies is sink or swim: if he swims, the opening berth is his for keeps; if he sinks, he need only look at the recent examples of Sam Robson, Michael Carberry and Nick Compton, all of whom can claim misfortune as a major factor as to why they are not currently opening the batting for England.

Warner is a batsman to set pulses racing. 12 Test tons and an average of 47, married to a strike rate of 74.37. Virender Sehwag predicted that Warner would have a more glittering Test career than an ODI career and it takes one Master Blaster to know another when he sees one. Sehwag is being proved right. For all that is unlikeable about Warner – his incessant sledging, on-field arrogance and confrontational nature – there is no escaping the fact that he is a classy batsman who can almost win a Test in Session One, Day One.

TCB’s verdict: Warner is the modern face of Test batting – another reason Hales could be seen in a Test shirt sooner rather than later.

Ballance is something of a misnomer is English cricket. He has been lambasted in some quarters after a torrid time against New Zealand, yet he has four Test centuries, is the fastest Englishman to 1,000 Test runs and has a Test average of 52. He should be, and deserves to be, given at least the first three Tests of this Ashes encounter. As with any cricketer there will be failures, and this is the first time in his fledgling career that his technique has faced serious scrutiny. A couple of early scores and the murmurs of discontent should dissipate.

Smith, on the other hand, is the golden boy of cricket right now. Number one in the ICC Test Rankings, Smith has emerged as a genuine cricketing powerhouse. Plenty has been written about him of late in far more august journals than this, but we will say that we have long singled Smith out as cricketer of genuine quality.

Discussing Smith with some fellow bloggers recently, the general consensus was that ‘Smith’s luck will run out’. You cannot put his previous 18 months down to luck. He looks unorthodox – he is unorthodox – but he surrenders few chances to his opponents. His move to three, however, looks something of a gamble, for he was a world class number five.

TCB’s verdict: Smith all the way. He’s the key wicket in this Australia side right now. If England can keep him quiet, then they’ve every chance of running Australia close.

Next time we’ll look at the middle orders.

One comment on “Ashes head to head: the top order”