The news that England’s premier fast bowler Jimmy Anderson has been ruled out of the first Test in India will have come as a huge blow to all associated with the team. As the country’s leading wicket taker in Test match cricket his loss could have a dramatic effect on the outcome in Rajkot. 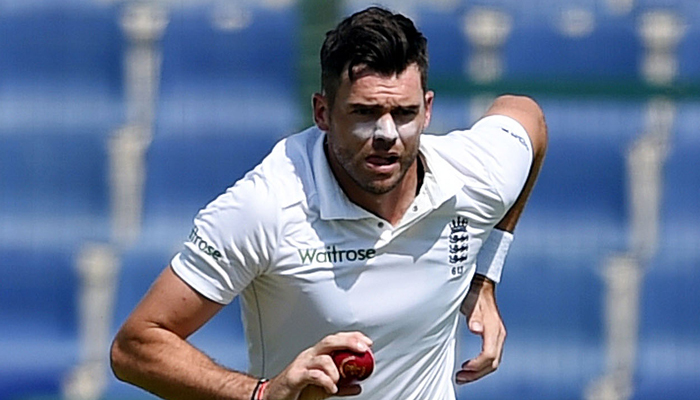 However, whilst the doom and gloom settles before England’s opening test match against Bangladesh, I believe that it could be beneficial to both bowler and the side as a whole. It will be the fourth time that Anderson has toured in India and his experience will be invaluable, but when you look at his record (averages of 13.16 in 2005/6, 53.5 in 2008/9 and 30.25 in 2012/13) his delayed appearance could be crucial over the five Test series.

Playing in Asia tests cricketers more than anywhere else in the world. The heat and humidity make it more a battle of wills rather than an enjoyable challenge and surviving five Tests purely in terms of endurance is incredibly tough. It is well known that Anderson hates being rested for games and missing out on opportunities to add to his 463 wickets, but this break could be beneficial for all.

With the emergence of Chris Woakes, arguably England’s most improved player in the last six months, and the need for at least two spinners to play it could make the side more balanced. Following a relatively lean summer, Stuart Broad needs to up his game as leader of the attack and hopefully he can find the form he found at Trent Bridge in the 2015 Ashes series where he bowled out the Australian side on the first morning of the forth Test.

It seems unlikely at this stage that England will begin the series using three spinners but having Ben Stokes (the all-rounder) in the side means that they could select only two front line pace bowlers which may allow them to strengthen the batting order. Having seen New Zealand decimated by Ravichandran Ashwin they will know that putting runs on the board against India in order to build pressure could be crucial to any chance of success.

It is also likely, considering the abrasive surfaces that they will be playing on, that reverse swing could be pivotal to wicket taking. Stokes and Woakes are arguably the most consistent exponents of this art and by rotating them with the spinners it could prove to be England’s best method of attack. As the series continues, some of the pitches may even offer more for the bowlers. With Anderson hopefully fully fit for the remaining four games of the series he could still have a huge impact.

At 34 years of age Anderson needs to be wrapped in cotton wool to prolong his international career. Despite his clear objections to this his management it is imperative as England continue their rise through the rankings. With a home series against South Africa next summer followed by the Ashes in Australia, his fitness and form is of utmost importance. Anderson’s quality and experience is in no doubt but in order to be at his optimum caution should be used.