After New Zealand came out on top of a pulsating tussle against South Africa in Auckland, it’s over to Sydney for the second semi shootout, between fellow co-hosts Australia and the defending champions, India.

The Aussies are past masters when it comes to winning World Cups. They are the most decorated nation in the sport and expectation doesn’t weigh them down as much as it spurs them on. Michael Clarke has guided his side through the tournament with a mixture of aggressive batting, aggressive field settings and the excellence of Mitchell Starc.

They crushed Pakistan in their quarter final and have only lost to New Zealand, in the game of the tournament so far (perhaps – New Zealand Vs South Africa was pretty spectacular too!). That said, the surface in Sydney was in use during the South Africa Vs Sri Lanka quarter-final and will be carrying a bit of wear. Australia may have to return to Xavier Doherty as a spin option, but his performances have left them ruing his selection over Nathan Lyon.

Still, this is where they find themselves – on the cusp of the final without having an overtly settled XI. Who needs settled when you have Dave Warner, Aaron Finch, Glenn Maxwell and Starc, though?

I’ll hold my hands up at this point and admit that I did not expect India to have been so convincing at this tournament. It still feels like the success of their seam attack is a hoax. But it is not; Mohit Sharma, Umesh Yadav and Mohammad Shami have been exceptional all tournament.

Rohit Sharma has also been finding form at the right time atop the batting order with Shikhar Dhawan. Virat Kohli to come in at three, plus the exceptional Ajinkya Rahane, Suresh Raina and MS Dhoni to follow – four of them can afford an off day, the talent just keeps on coming. It will take something special from the Aussie quicks to silence that batting order. 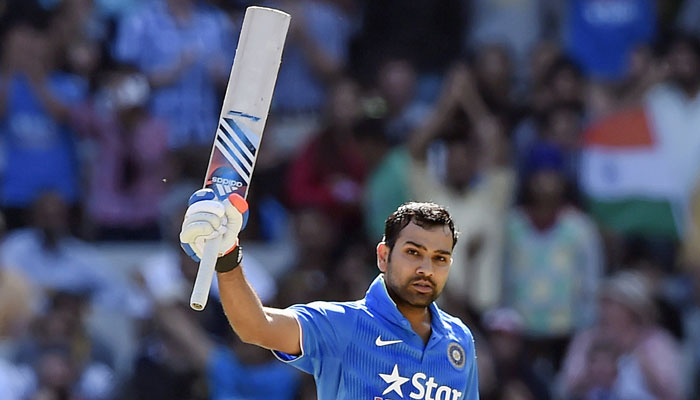 Rohit Sharma has found form at the right time for India

Australia haven’t removed the suspicion that they’re susceptible to high class spin bowling. R Ashwin, Ravindra Jadeja and Raina will all be in play here in Sydney. As efficient as Maxwell can be and as tight as Doherty can be, spinners of their ilk are 10-a-penny in India. It’s hard to envisage the Indian batsmen resting uneasy at the thought of facing 10 overs of Doherty.

Whilst Australia have the superior pace attack, their batsmen will need to make hay whilst the sun is shining in the form of India’s seam attack. Good luck. So far this tournament, India’s pace attack has been in superb form. Things have clicked for India at the right time.

Australia go into this game as favourites, but that is purely based upon home advantage. I’m going for an India win here.

Their batting is in superb form, and the bowling has really come together for them, too. They certainly look the better equipped to exploit the likely conditions in Sydney.

New Zealand Vs India in Melbourne on Sunday? The neutrals will doubtless want a final between the hosts, but when have India ever pandered to the neutral? Or even the cricket fan?