Despite its shoddy format, the 2015 Cricket World Cup has been an entertaining watch so far. Whilst there have been some dull games, naturally, there have also been some absolute barnstormers. The New Zealand Vs Australia game was one of the most captivating at any World Cup, ever.

The one stand out trend has been the nature of the batting. The field restrictions and use of two new balls has completely altered the acceptable, even imaginable, limits of what can be achieved. Brendon McCullum’s batting against England and New Zealand was extraordinary.

Chasing small totals, the Kiwi skipper launched into two remarkable assaults, hitting the ball out of the park, accelerating his side at breakneck speed towards victory. It has made for intoxicating viewing. We best enjoy it for it cannot be sustainable. Can it?

A look at the run scoring charts reveals a clear emphasis on attack at this tournament. Of the 11 batsmen with over 200 runs at the time of writing, Kumar Sangakkara, AB de Villiers, David Miller and McCullum all have strike rates of over 125. Indeed, of the 11, Faf du Plessis with a strike rate of 88.65 is the slowest scorer. In recent times, that was a very healthy strike rate indeed in accruing 250 runs. McCullum has his 207 runs at 188.18.

Make no mistake – there is not much scope for gentle accumulation.

Of batsmen with over 100 runs so far, Misbah ul-Haq is the slowest with a strike rate of 69.02, followed by Ian Bell, 73.13. Pakistan and England have been two of the worst teams at this tournament, seemingly stuck in the dark ages, one reason why they are such longs odds compared to the teams’ with the big hitters in the cricket betting market.

Whilst they have floundered, the likes of McCullum and de Villiers have set about redefining the sport. The boundaries of the game are changing before us at the moment. This is having a knock-on effect to bowling strategies, too.

If you want to take the early wickets of McCullum and de Villiers, you have to attack them. You have to set aggressive fields and actively try to get them out with pitched up deliveries; not sit back and hope that they don’t score too quickly. If the ball sails over the rope, it makes no difference how many men you are allowed to post on the boundary.

This was another wonderful facet of the New Zealand Vs Australia game, the sight of a proper slip cordon, gullys, square leg on the prowl, mids on and off lurching in. Wickets were the only tonic to the gigantic hitting; hats off to McCullum and Michael Clarke for so aggressively pursuing them.

It seems very much that at the 2015 ICC Cricket World Cup, he who dares will win. Attack, attack, attack! It makes for pulsating viewing. 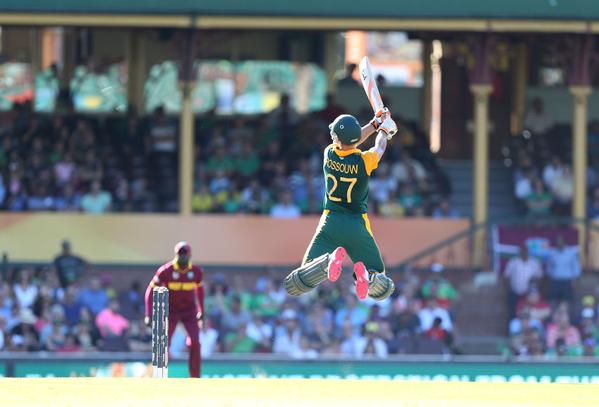